Vaisakhi is the most important event on the Sikh calendar. This year marks 323 years since the Sikhs' tenth Guru began the Amrit Ceremony (Sikh Baptism) and ultimately formed the Khalsa. Nishaani believes that everyone should have access to representative products, Sikhs being no different. That's why they are, alongside their already hugely popular plush toys, on 1st March launching:

Why Diversity in Children's Media is So Important introduces Gerbner & Gross' statement about media consumption and how it "helps to shape thoughts, perceptions, and behaviours." Consumers can even "adopt the assumptions and beliefs of media content as reality." It continues to explore the effect on children and how they "are particularly vulnerable to media messages and use what they see in media to create their beliefs about themselves and others." The summary by Gerbner & Gross is the key to why Nishaani believes so fiercely in the increase of media representation of Sikhs.

Nishaani believes that confidence is born in the crucible of feeling understood and represented. To achieve this, services like Nishaani+, a Sikh Streaming Service, showcasing Sikh content creators, singers, poets and animations and widely available products are essential.

Nishaani regularly receives photos, videos and messages from parents, aunts and uncles about the sheer joy their plush Jap or Jas have brought to children's lives. We've received reviews on how children are praying with their plushie "My son Fateh loves his Jas plushie! Jas does [night-time prayers] with him every night." Other reviews describe their use as a teaching tool "I always take Jas to school when I teach a Sikhi lesson with his bestie Jap! The kids at school absolutely love giving them cuddles when they learn all about Sikhi!" Some reviews have even described the mission of Nishaani "We absolutely loved the jas plush dolls, my son's face lit up when he saw it. They promote self-confidence in our identity and faith, [to such a degree] my son says he has a twin now!"

Take a look at NishaaniStore today with diverse, inspiring products for all ages! 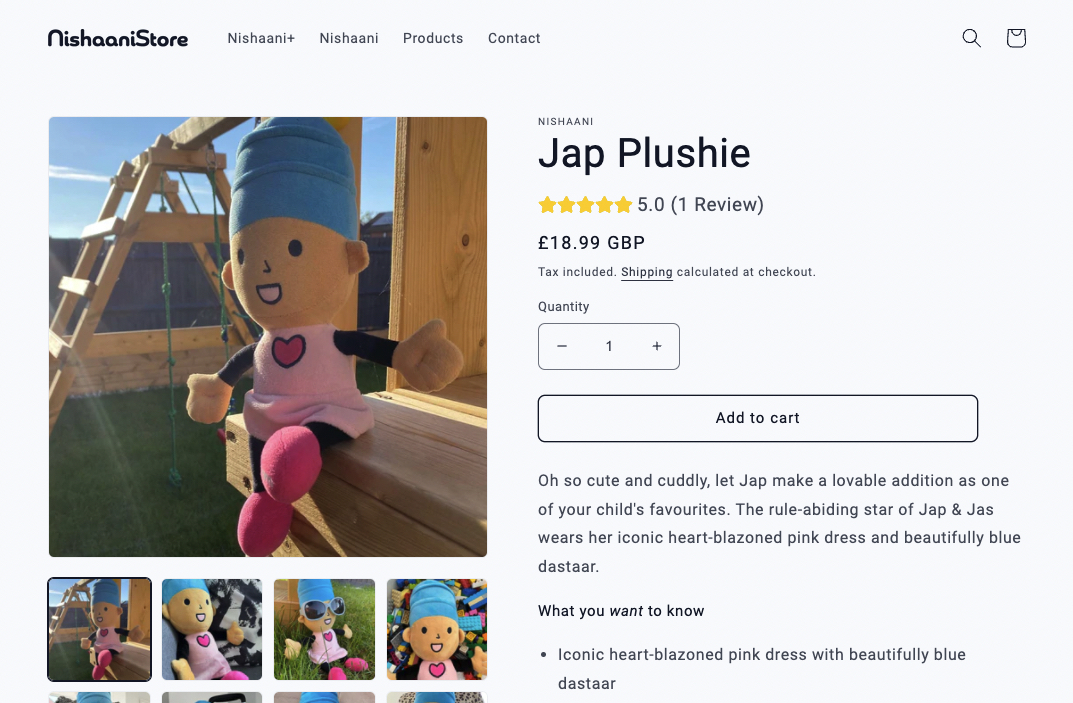